We caught up with Jamie Thomas of The SpinTV for a short “10 Questions” interview.

I love telling this story, because it’s a reminder that life doesn’t often care for your plans. It was 2009, my senior year at NC State. I was applying to a couple of film programs for my Masters which had D3 athletic programs, and I was training to try to walk on to the basketball team. One day playing pickup ball I came down from a rebound on someones foot, caught a grade 2 sprain, cue the crutches and walking boot. When the doc told me I could finally go down to a soft brace, and introduce low-impact/non-contact sports, I let my roommate finally convince me to go try disc golf with him. He’d been trying for over a year, and I kept laughing at the concept of my beloved game of golf being tainted by frisbees (I also couldn’t even throw a frisbee…so maybe I was compensating…). Long story short, one throw was all it took, and the rest is history.

The first discs I bought were a pair of Blue DX discs – an Aviar and a Leopard. Soon after a Z Buzzz and a Star Sidewinder followed.

3.       What sparked your interest in video and media? Was disc golf involved from the start?

I first started making movies in high school with my friends, as a way to get out of writing papers, which I hated. My English Lit teacher was awesome and encouraged it, and that was a great early lesson for me. Obviously making movies is waaaay more complicated than 2-pages double-spaced, but I loved it so much that I just kept doing it, despite the extra work. I tried narrative films, music videos, reality shows, and news media all throughout college and grad school as vehicles to “make it” – but it wasn’t until disc golf that I saw a real opportunity to combine my passions for sports and media and make a mark.

Credit where credit is due, I didn’t conceive the idea for SpinTV. That all goes to Jussi. The story goes, from my understanding, that it was a way to bring Innova’s (at the time severely lacking) media game into the 21st century with product hype, instructional content, and player profiles. I was brought in to be essentially a regional producer for California, but I got on so well with the other producer Esa that we pretty much put the thing on our backs and ran with it from a content creation standpoint. It was after Avery and I created the “Building The Bag” series I think I earned everyone’s trust and we really started scheming about ways to change the face of disc golf media at large.

SpinTV has definitely done a semi-pivot since then, growing faster and bigger than we expected. We actually never intended to do “traditional” tournament coverage, but it was begged for and demanded of us, so we made some adjustments. An example is my personal brand as a commentator/analyst, I didn’t set out to do that, but it’s sort of our unspoken MO – come up with a creative way to push the envelope, and try it. It’s been a fun ride so far, and we’re pretty much a lock to be the first disc golf YouTube channel to hit 10million views, which is pretty exciting to add another digit to the viewcount, I can’t wait to see that.

5.       What is your favorite part of the process when capturing disc golf and getting it ready for the masses?

My favorite part is making disc golf media outside of tournaments. I love lifestyle pieces, human stories, things that we can all relate to. I was watching ESPN just yesterday replaying Tom Rinaldi’s piece on Welles Crowther, tears streaming down my face. It’s the “why”, the prime motivator for any athlete to achieve something that interests me even more so than “how” they end up accomplishing their goals. I want to do more of that going forward. Don’t get me wrong, I love being at tournaments, I love where the game is going with media, but painting a 3-D picture of these athletes is the most intriguing challenge.

Video. I really don’t care about aces personally. I get more satisfaction from a disc nestled up to the base of the sleeve, or from banging a 45′ putt, because it’s intentional. I set a realistic goal, and accomplished it. Aces are luck, and I want to eliminate as much luck as possible from my game.

On camera? I embrace luck. You need a bit of it to take a good video to great, or a great video to legendary. An ace isn’t the only way to get lucky obviously, but it never hurts.

DGWT is making great strides to have professional packaging and delivery around solid content. I appreciate the selective nature of where events are held because it translates beautifully on camera. As far as improvements, it’s kind of a vanilla answer but just don’t be satisfied with “good enough” – really push and evolve into the next big thing year to year (style wise, presentation format, etc.)

I think the perception that “if we just get better” ESPN will pick us up. It’s not going to happen like that. We’ll never be able to match their level, not even close. Look at how many people have tried and failed. It’s not because they didn’t want it enough, it’s because the big players are looking for the NEXT thing. They don’t want to add more of what they’re already doing, they want the new generation of media. We’ve got to figure out our sport first, then how to best make it appealing to the masses. Obviously I’m talking pro-level here, grassroots growth is something altogether different.

8.       In your opinion, do you think that the separate tours (DGWT, DGPT, NT) is causing a divide of the players and possibly a lack of viewers that may be more harmful than beneficial?

I don’t think so personally. I think it’s a natural evolution of the game. I don’t expect all 3 of these tours to still be in operation by 2020, but I’d be happy to be proven wrong. Whatever happens, if we are able to grow the number of not just players, but fans, it’s a great thing. At the end of the day, follow the money. If we’re a marketable demographic, and have an entertaining platform, we’re more likely to grab investments. The more experiments we do today, the quicker we narrow in on what will work long-term. Look at all the major sports – they all have these milestones in their histories too. The important thing is not necessarily who “wins” today, but whether we all are using this as a learning experience.

9.       What is your favorite tournament of the season to attend?

I really love the USDGC. I love that it’s in the same place, there’s a beautiful combination of familiarity and nostalgia that comes along with that, and all of the players really want that title. There’s always a few people whining about the course, but the challenge grants the prestige that comes along with winning that event. Nobody shrugs off a USDGC title. On top of that, add the hospitality, the sense of finality in bringing the season to a close on a great note, and October is the most beautiful month of the year in the Carolinas. It’s hallowed ground out there.

I expect innovation, and I expect it to look very different from today. The main players in this space all know each other, and we do have a sort of cooperative-competitive dynamic going. We all want to work together to raise the overall level, but I think deep down we all want to be the flag bearer for the industry. It’s a fine line to walk, to embody professionalism while being competitive, and most of the names you know do it well. If we can keep that spirit going forward I think it only gets better and better for everybody watching.

You can catch Jamie in a number spots. See him on The SpinTV and on broadcasts from both the Disc Golf World Tour and the Disc Golf Pro Tour.

Round I Wrap Up Show 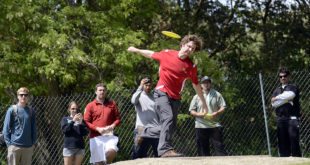 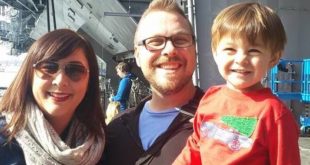 You have probably seen his videos and have heard his voice doing commentary. You may …