The 2015 PDGA season was filled with great shots, dramatic moments, aces, eagles and more! But, it was also filled with heart wrenching roll outs, spit outs, and unlucky bounces. Yes, they’re part of the game, but they are still tough to watch. Here are OUR Top 5 Hardest to Watch Moments from the 2015 PDGA season.

5. Sarah Hokom arrives late during 5th round of Worlds.

Sarah Hokom was unfortunately involved in a car wreck that caused her to show up two holes late during the 5th round of the 2015 World’s Championship. In the video coverage below, you can see how uncomfortable the situation is as Hokom arrives for her round. Hokom would take (2) 7’s and fall out of the lead.

Colglazier made the final 9 of the 2015 Ledgestone Insurance Open. Hoping to move up from his current 3rd place standing, Colglazier faced the very tough 1st hole of the Final 9. He would card a 7 and put himself 3 strokes out of 3rd place.

The 2014 USDGC Champ did not have his best tournament after starting the 2015 USDGC with high expectations. He would open round 1 with a very disappointing 69 (+2). Although Schusterick improved throughout the weekend, his last visit to the tricky hole 17 at Winthrop would sprinkle a little bit of salt in a fresh wound.

The champ found himself on the chase card during the 2nd round of the 2015 USDGC. After a great drive to start the treacherous hole 13 or “888” as it is known by, Climo would struggle to get on the green with his 3rd shot leading to a  13 (+8) for the hole. Definitely tough to watch!

Wysocki found himself in another battle with Paul McBeth. Coming into the 17th hole during the final round of the 2015 USDGC, Ricky was in position to possibly force a playoff with McBeth trailing by a single stroke. Wysocki had the box for the tough hole 17. Here is how it went down… 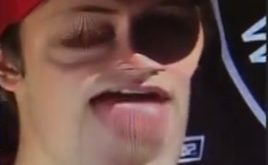 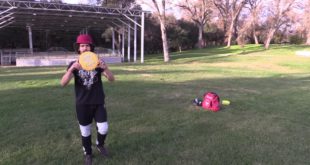 Check out Nikko’s latest video as he shows you his 2016 lineup from Daredevil Discs. …